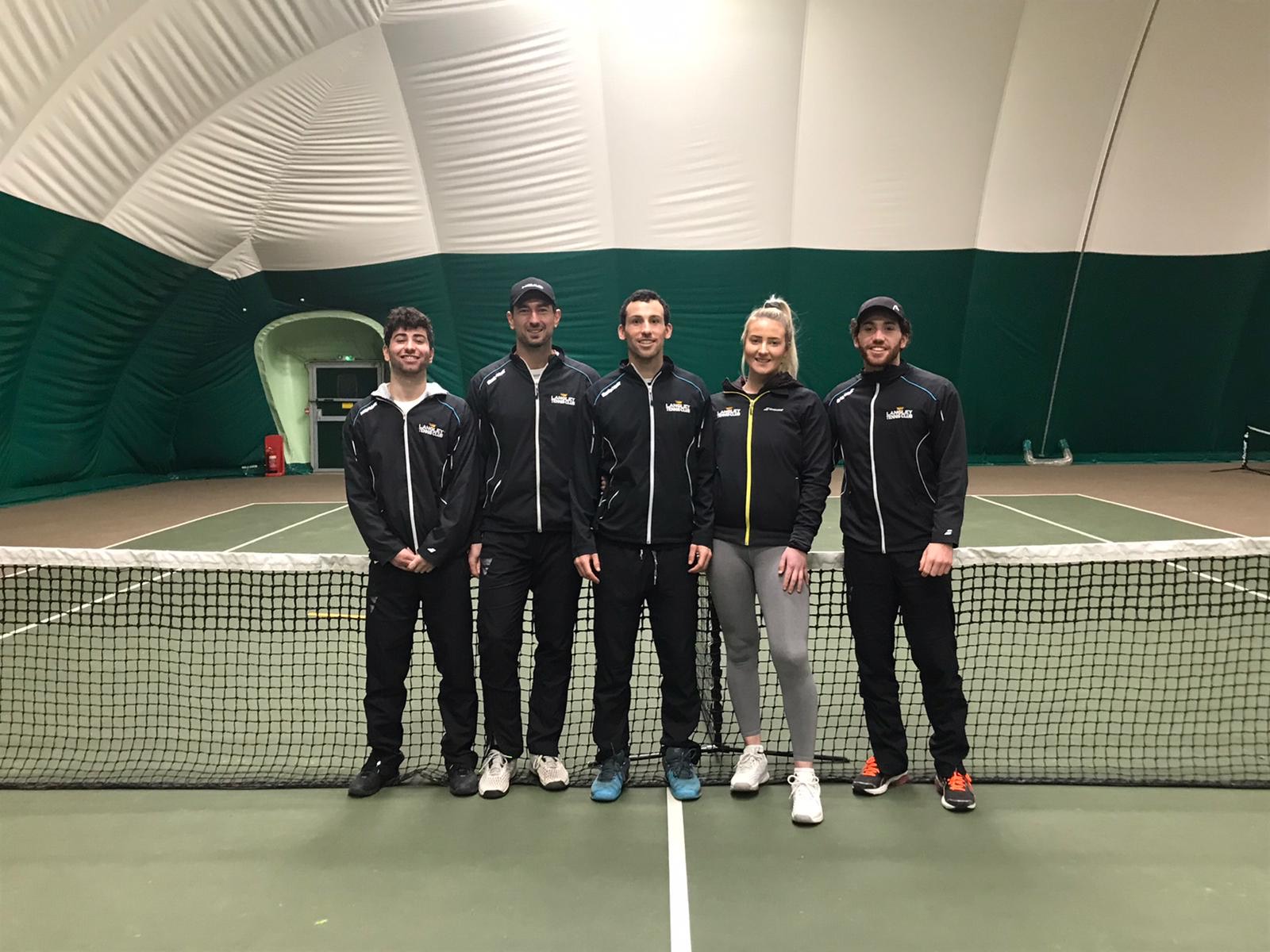 To book a private lesson with one of the coaches below please contact reception on 01442 230234 who will notify you of their availability. 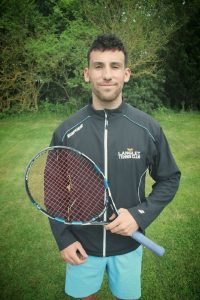 Andre has reached an elite level playing tennis. He has represented Hertfordshire at both Junior and senior level along with captaining and playing in Langley’s successful National club league team. All this vast playing experience has helped develop Andre into a high level coach providing players with advanced technical and tactical knowledge. Andre’s coaching has been recognized by Herts LTA where he has been chosen to coach the junior county teams. A great role model for both juniors and adults Andre’s philosophy of leading by example to all other coaches and players has proven results.

Andre oversees the Langley coaching program’s and dedicated coaching team that deliver a high standard of customer service to all Langley’s players. Andre’s attitude toward hard work and fair play on and off the court has had an inspiring effect on all coaches at Langley making them strive to produce great informative lessons to every client. 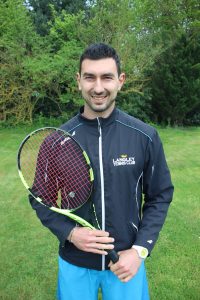 Dimitris has always loved tennis, as a Junior he trained full time at the famous Sanchez-Casals academy in Barcelona and later at Andres Gimeno Club, where he went on to compete at a national level in Spain and has been a sparring coach to world ranking players.

He was part of the technical staff as coach in several academies in Barcelona-Spain. Dimitris most recent role, before moving to England, was as a Senior Performance coach at Sports Federation of Azuay, later working as a private competition team coach in Cuenca, Ecuador. At the EPC he was responsible for Andres Vazquez (world deaf ranking of 17).

Dimitris is a certified PTR professional and enjoys working with all ages and abilities. Dimitris brings this vast playing experience to the court when coaching Adults and Juniors, and he can offer all the experience and knowledge necessary to produce players of the highest standard. He makes every coaching session informative offering fantastic technical and tactical understanding of the game of tennis and is passionate about helping all players reach their best potential. 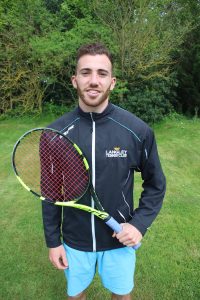 Michael’s hard work and dedication for the sport has led to Michael achieving an LTA tennis rating of 3:1 and representing Langley at national club league. Competing at the highest standard alongside fellow coaches Michael has acquired the experience and knowledge necessary to deliver lessons to all abilities.

Michael manages the exclusive Grove tennis program, a 5* hotel in Watford and Chipperfield tennis club. He has created a fun and welcoming atmosphere that encourages everyone to get involved in playing or competing.

Michael coaches in both the junior and adult program’s at Langley. Working closely with the adult teams his teaching of specific doubles tactics has consistently proven results.

He is qualified to LTA Coach (Level 4). 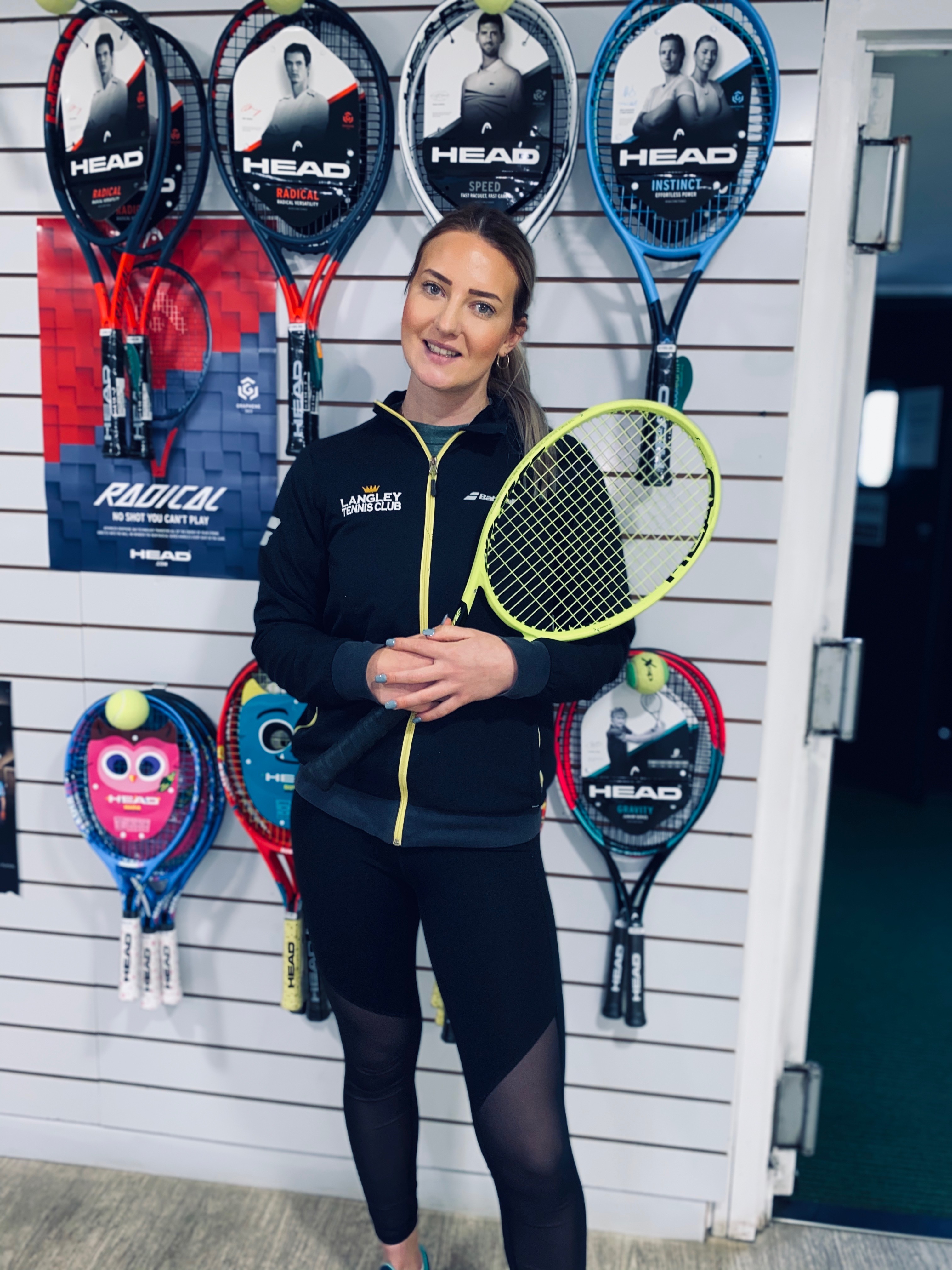 As a former top 3 ranked player in the UK, Chloe’s career has taken her all over the world, competing in junior ITF tournaments and gaining a junior world ranking. This success earned her a scholarship at Nottingham tennis academy where she trained full time away from home. Progressing to the women’s tour, Chloe has achieved singles wins over world class players such as Jodie Burrage and many more.

Chloe’s recent coaching credentials include preparing the nation’s best U16 girls for the national academy in Scotland and travelling abroad with several players to help them achieve a junior world ranking of their own.

At Langley, Chloe is now whipping our current performance players into shape. Heading up the performance program Chloe is setting the bar high, giving the players the information, guidance and installing the work ethic necessary to reach their full potential. Alongside her on court coaching Chloe runs tournaments to put her players skills to the test and organizes individual tournament schedules. 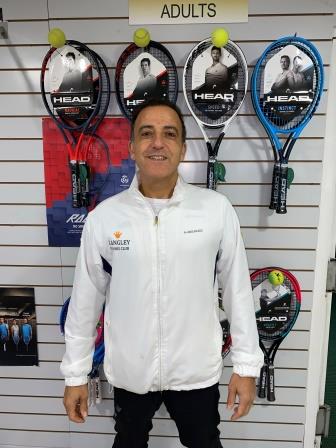 John coaches because he an unmatched passion for tennis. Having coached and travelled on the British tour with his two sons (Andre/Michael) he understands the challenges tennis parents face and can relate to every step of the journey; right from first picking up a racket/ ball in the garden to watching your children compete for the first time.

John was recognised by Herts LTA in 2018 as Disability Coach of the Year. His broad wealth of knowledge and experience is an asset to the club.

John has owned the club since 2015. You’ll see him around the club getting stuck into the drills sessions and coaching in the junior program.

Whether you are a  beginner or advanced tennis player, taking a private lesson is the best way to identify bad habits, improve current strengths, and expand your overall  tennis skill set. All lessons will be tailored to your level, fitness and goals.

So if you are unable to take part in one of our scheduled classes, prefer one to one coaching or would like to arrange a semi private lesson with a group of friends then this is the perfect choice to make.

With 5 courts available, 2 indoor hard-courts and 3 outdoor clay-courts, all you need to do is arrange a time with one of our coaching professionals and let the fun begin.

Fees for all private lessons are paid directly to the coach by cheque or cash, rates vary depending on which courts are being utilised and time of day being booked.

To book a private lesson please contact reception on: